Kidz Bop was a Hit at Jones Beach Theater!

If you have children you have probably seen or heard a Kidz bop song or commercial! Well My daughters and I were in attendance, on August 12th. When we entered the stadium everything was bright and inviting from the vendors to decor throughout the venue. We arrived early so we found our seats then, grabbed some ice cream cones from mister softee as it was a 90 degree day. The stadium as most of you know is open but even with the sun beating down parents and kids were on there feet dancing and singing along. The cast had great energy and encouraged everyone to participate. We had a blast and will defiantly attend the next time they sing by Long Island! 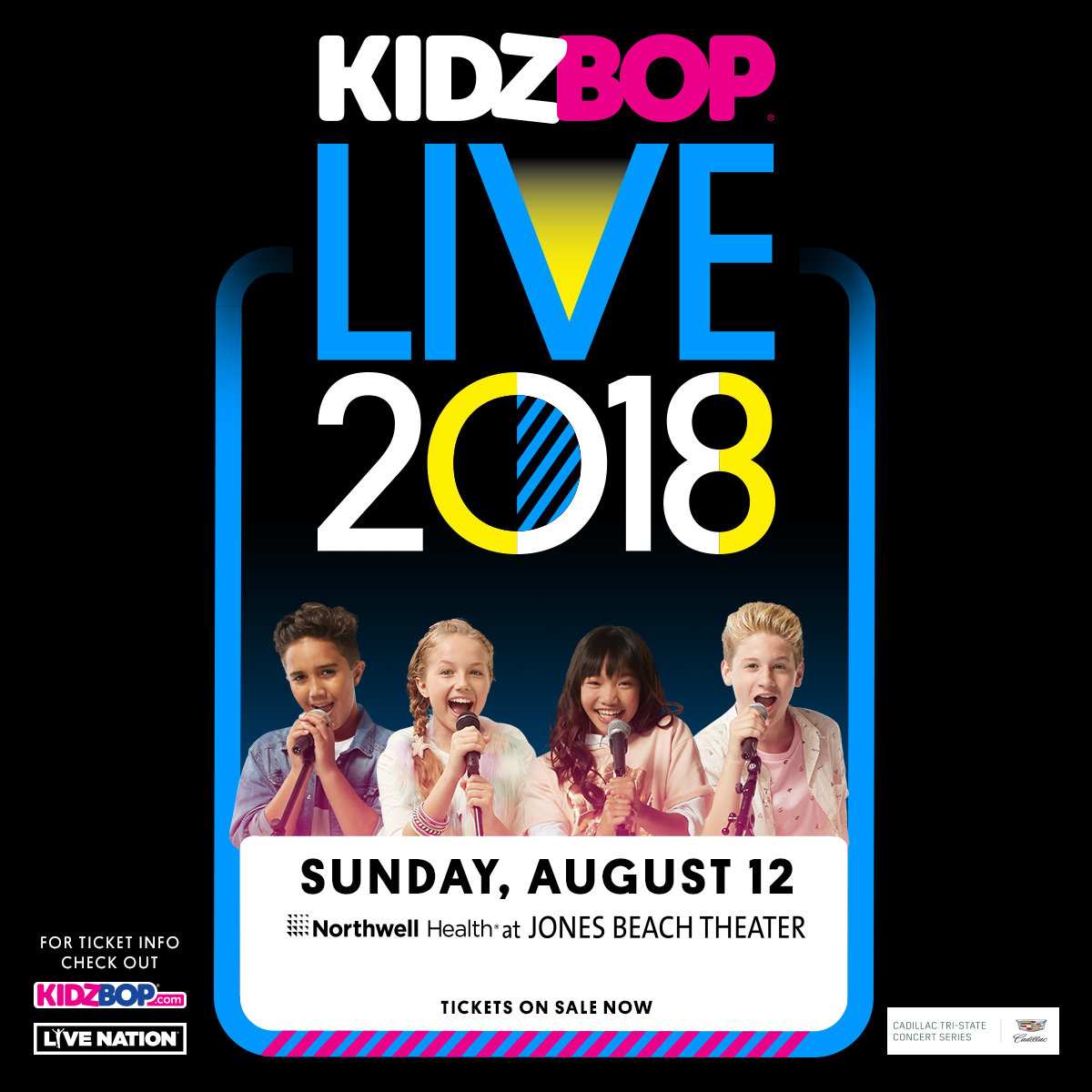 KIDZBOP records kid-friendly versions of today’s biggest pop music hits sung by kids, for kids. Over the past 15 years, KIDZBOP has created the #1 music brand for kids, selling more than 16,000,000 albums. Since 2001, families have welcomed KIDZBOP into their homes and cars, making KIDZBOP a fun and safe part of their daily lives. KIDZBOP is proud to be a part of kids’ music “firsts.” For millions of kids each year, KIDZBOP is their first introduction to pop music, and for tens of thousands of kids, the KIDZBOP Kids Live Tour is their first concert experience.

Hi! I am so excited and happy to be your new publisher for Macaroni Kid in Huntington, Melville, and Dix Hills. I was always a big fan and now I have the opportunity to connect to the community and share family friendly ideas, events, and anything of interest to my readers. I am the publisher, but I ask for and welcome any and all suggestions on how we can continue to make this web site a true and valuable resource for our families, neighbors, and friends. I am an educator by training and have spent mos…